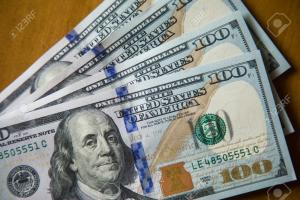 Primary and Secondary Education Minister, Evelyn Ndlovu, said that while parents and guardians with foreign currency who can afford to pay fees in United States dollars are allowed to do so, no school is permitted to reject schools fees payments in Zimbabwe dollars.

This comes as schools in Manicaland Province have been pestering the Ministry of Primary and Secondary Education seeking approval to charge for levies in foreign currency.

Some schools are reportedly asking parents to pay school fees in local currency but pegged to the US Dollar using the parallel market rate.

But speaking in an interview with The Manica Post at Mavhudzi High School on Thursday during a tour of Makoni schools to check their preparedness to reopen in light of the COOVID-19 pandemic, Ndlovu said pushing parents to source forex from the black market is unacceptable. She said:

We will not accept a situation where schools will force parents to pay fees in foreign currency. It is unacceptable because we have a local currency.

In other words, they will be fighting and sabotaging the local currency. Every country has its own currency.

How are we going to protect our currency if we are continuously charging school fees in foreign currency?

Most parents have no source of foreign currency so you are pushing them to go to the black market. We do not accept that. Those who do not have forex also need to send their children to school.

Those with foreign currency who can afford to pay fees in USD are allowed to do so as we have a multi-currency system but then no school should prohibit parents from paying in local currency.

The 2022 first term is set to commence next Monday, with the Ministry of Primary and Secondary Education saying all systems go.

However, teachers’ unions such as the Zimbabwe Teachers’ Association (ZIMTA) and the Progressive Teachers Union Zimbabwe (PTUZ) both recently said teachers are financially incapacitated and cannot resume their normal duties.

The unions want the Government to pay teachers salaries in US dollars, with the lowest-paid teacher taking home at least US$600.

@Captain am not CCC or anything, mind your language

Language is our God given channel of expressing ourself ,how I express myself when I am angry is different from how I express myself when I am in a jovial mood, clearly when I posted that comment my soul was in anguish because it pained me how my fellow Zimbabweans couldn't understand such a simple article...This is no way a retraction of my comment or an apology it is rather me telling you that a person has freedom of expression and he is entitled to use whatever language he seems fit to address a particular situation..good day my lad

First they would be like ,those who can afford next mmmmm mucha zviona

You cn say dat again as they did it with covid19 vaccination.

Government of disorganise , do yu remember that yu banned the use of foreign currency here in Zim and you are refusing to pay your workers in US dolla, so where do you expect parents to get us from?

It defies logic how the same guys refusing to pay their workers in US dollars now expect parents to pay school fees in US dollars. Where do they get the dollars from?

Once b10 twice shy open your eyes yellow pipo.

@NGWENE BAMBO MUSASUPPORTE .IF THE GVT THE PUBLIC SECTOR ALLOWS THIS .THE PRIVATE SECTOR WITH ITS GREED AND PROFIT MAKING MOTIVES SEES THESE TYPE OF NEWS THEY SEE A GREEN PIGHT TO CHARGE IN USD.YOU WILL BE SUPRISED WHEN DOME PRIVATE SCHOOLS GO AROUND CHARGIND IN USD ONLY BECAUSE OF GHIS GVT ANNOUNCEMENT...

Guess it's where we stand

If you read the article it clearly says"those who can afford".......let's just not oppose everything, using USD its not a crime,what they don't want is to reject the local currency