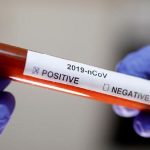 Speaking during a national clean-up campaign at Old Croco Motors, Vice President Chiwenga said the Health Ministry had carried out clinical tests for samples taken from the college, and they confirmed the existence of the new variant.

The new variant which you have been hearing from other countries is here. From the genetic sequencing that we did, the Omicron virus is now in Masvingo at the Teachers College.

As of December 2, Masvingo had 341 active cases, 59 recorded new cases and two people had recovered.

Omicron was first detected in South Africa and Botswana late last month and has since been detected in many other countries around the world.

While little is known about the new variant, health experts say Omicron can spread rapidly.

Ummm is it true

It's a revelation that leads to more questions. This thing of lying figures to pen us is absolutely horrendous.