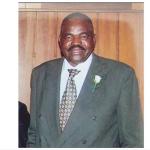 He will be buried tomorrow at his rural homestead at Gohole village in Maphisa.

We are saddened with the passing on of Mr Dube who had been ill for a while. He will be buried at his homestead in Maphisa. His body will leave from 113 Matopos Road, Famona.

By the time of his death, Mr Dube was running a chain of lodges in Beitbridge and Maphisa after the one in Plumtree was sold.

Mr Dube is known for his big role in developing small-town lifestyles through taking initiatives of casinos to rural Matobo and Plumtree.

YES, THE LATE MR OBERT DUBE WAS A STRAIGHTFORWARD AND HARDWORKING BUSINESSMAN. I KNEW HIM FROM THE DAYS I WAS IN PLUMTREE {1988-1991}. HE USED TO OWN OMADU HOTEL IN KEZI.

MAY HIS SOUL TEST IN ETERNAL PEACE.