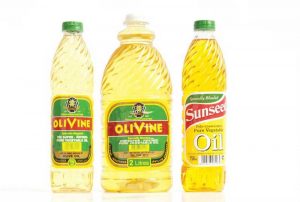 Olivine Industries will commission two new production lines in August this year as the company seeks to expand its domestic and regional production capacity and food supply.

The company’s chief executive officer, Sylvester Mangani, said that the new lines will produce margarine and tomato source. He said:

Between now and July, we will be receiving various pieces of machinery; some are already on the site and we are targeting to launch the new plants in August.

We are happy with the progress and we are confident that our August target will be met.

In 2019, the African Development Bank (AfDB) approved an US$8.25 million corporate loan to Olivine Industries to support its food production expansion plan.

AfDB however, delayed releasing the funds, forcing Olivine to use its own resources.

The bank expressed concern over how and when the Reserve Bank of Zimbabwe (RBZ) would facilitate the settlement of blocked funds it took over after Zimbabwe re-introduced a local currency, RTGS dollars, in February 2019.