Office Of The President And Cabinet Mourns Chikowore 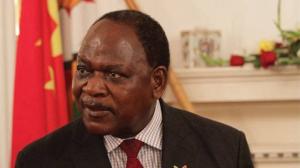 Condolence message by the chief secretary to the President and Cabinet Misheck Sibanda on the death of Herbert Chikowore, father to the Deputy Presidential Spokesperson, Regis Chikowore.

On behalf of His Excellency the President, Comrade Dr Emmerson Dambudzo Mnangagwa who is on leave, the Acting President, Dr C.G.D.N Chiwenga, Deputy Chief Secretaries, Heads of Departments, Chief Directors and Staff in the Office of the President and Cabinet, I wish to express my deepest and heartfelt condolences to the Chikowore family on the passing on of Sekuru Herbert Chikowore, father to the Deputy Presidential Spokesperson, Comrade Regis Chikowore.

Sekuru Chikowore succumbed to an ailment late yesterday afternoon at Arundel Hospital in Harare at the age of ninety-four, after an illustrious career in farming which he pursued in a Zimbabwe he had helped liberate from the yoke of colonialism.

He carved his political path alongside prominent nationalists who included his sibling and national hero, the late Comrade Enos Chikowore whom he assisted to join the Liberation Struggle in Zambia during the nascent days of nationalist politics.

A graduate of the famous Domboshava Agricultural Institute, Sekuru Chikowore qualified as a Land Demonstrator, and served as one of “Madhomeni Ekutanga”. He imparted farming skills to thousands of his compatriots, until retirement in 1984.

The dividend from that training, including on the farm which he purchased in 1996, continues to manifest to this day as Zimbabwe enjoys household and national food security in line with Vision 2030.

The State-assisted funeral accorded to Sekuru Chikowore is therefore a befitting tribute to a true son of the soil.

Our deepest condolences go to the late Sekuru Chikowore’s widow and our mother, Gogo Dorothy Chikowore who saw him breathe his last on 29 January 2022, and to his children and grandchildren.

To Regis, our colleague serving in the Presidential Communications Department, we convey our deepest sympathies for the loss of a father and a mentor who without a doubt is credited with imparting the impeccable spirit of loyalty and dedication to duty that we have known Regis for during the Struggle, the entire First Republic and now in the Second Republic.

May all the bereaved draw solace from the realisation that as the Office of the President and Cabinet, we share their deep sense of loss and grief.

May the Lord Almighty bless them with fortitude and greater family unity as they bid farewell to a dearly loved one.

May the soul of the late Sekuru Herbert Chikowore rest in eternal peace.