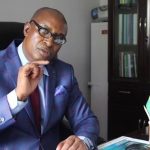 National Peace and Reconciliation Commission (NPRC) spokesperson, Commissioner Obert Gutu, did not turn up for a provincial peace committee meeting held in Bulawayo on Wednesday where local activists and political parties had planned to confront him about his previous statements on Gukurahundi.

In June this year, Gutu stirred a hornet’s nest when he said that the emotive Gukurahundi issue is just a “small, tiny fraction” of various other disputes the NPRC was handling.

Gukurahundi is a Shona term used to describe the killing of over 20 000 Zimbabweans IN Matabeleland and Midlands in the early 1980s by the Fifth Brigade of the Zimbabwe National Army deployed by the government under the guise of weeding out a few renegade former freedom fighters (dissidents).

Gutu’s “reckless” statements did not go down well with many Zimbabweans who demanded that he should be removed from NPRC.

Gutu was conspicuous by his absence, so was NPRC chairperson, Retired Judge Selo Nare, who is said to be not feeling well.

If Gutu had come to today’s meeting I was prepared to sleep at the police cells because I was going to confront him and tell him my peace of mind right here in this meeting.

The man is not fit to be a commissioner in that body. It is good that he decided to not come for whatever reasons.

Xaba claimed the NPRC was an extension of the ZANU PF, as Gutu had openly joined the ruling party and later pretended not to have declared his political preferences.

United Movement for Devolution (UMD), Organising Secretary, Artwell Sibanda, said he was also prepared to confront Gutu for his reckless statements. He said:

Following his unfortunate utterances, Gutu has no moral standing to talk anything about Gukurahundi and peacebuilding. He is complicit because he openly told the whole world that he is a ZANU PF member.

NPRC is conducting preventive dialogue engagements, which was also a platform for provincial peace committees to meet and engage with the new NPRC commissioners who were sworn into office by President Emmerson Mnangagwa in May this year.