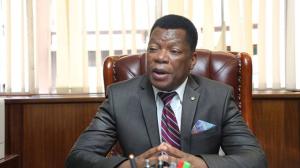 The Asset Forfeiture Unit at the National Prosecuting Authority (NPA) is targetting six high-profile individuals who reportedly accumulated vast assets worth over US$50 million through proceeds of crime.

The NPA’s Asset Forfeiture Unit has since lodged High Court applications to seize assets from the six individuals.

Prosecutor-General Kumbirai Hodzi told The Sunday Mail that the NPA was determined to recover all the money that was stolen from the Government. He said:

We are seeking recovery of all money which was stolen from Government.

We are going to be revisiting cases in which some people were acquitted, even those who are yet to be prosecuted, we are going for them.

In the case of Zunguza, prosecutors want to seize several properties from the suspect and his spouse, who was his alleged accomplice. An internal NPA memorandum reads in part:

Chidemo, a former ZIMRA accountant who is serving a six-year sentence following his conviction for pilfering over US$1 million from ZIMRA, could lose several properties. Said the NPA:

A former ZIMRA accountant stole US$1 239 083,93 from Zimra and was prosecuted and sentenced to six years in jail.

Chihuri inyaya dze politics, the rest are unknown kapentas - NPA u are scared of the sharks ka.