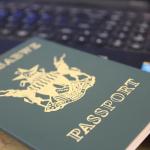 Zimbabwe’s ambassador to South Africa, David Hamadziripi said that there are no diplomatic tensions between Zimbabwe and South Africa over immigrants.

This comes after South Africa’s government announced its decision to discontinue the Zimbabwean Exemption Permit (ZEP), special permits that were granted to about 200 000 Zimbabweans and were renewed after every four years. Said Hamadziripi:

I am not aware of any diplomatic tensions between Zimbabwe and South Africa over immigrants.

Concerning the Zimbabwean Exemption Permit, the Government of Zimbabwe has noted and acknowledged the sovereign decision taken by the South African government on that matter.

It has encouraged the concerned Zimbabweans to comply with that decision.

Both Zimbabwe and South Africa seek to ensure regular and orderly migration between and into their territories, hence the clampdown on irregular migration at Beitbridge.

Hamadziripi also confirmed that South Africa has extended ZEP by another 12 months. He said:

Yes, the validity of the Zimbabwean Exemption Permit has been extended to December 31, 2022.

South Africa recently launched a blitz against illegal immigrants including Zimbabweans with hundreds deported in the past few days.

We are all Africans, but we can't all be South Africans, that's a naked and painful truth
Are you comfortable with a visitor who comes to your home, you don't know him, but you have to live with him in harmony, in the so called Ubuntu spirit?

Dzokai kumba vana vevhu tivake nyika pamwechete. Siyanai nayo South Africa...Looks like Ramaphosa is heartless when it comes to handling foreigners, especially Africans. His policies on the issue under discussion, in my view, are anti-African and reflect traits consistent with hate on fellow Blackman. Thumbs up to his predecessor, Cde Zuma who, in my view, had a soft stance on fellow Africans, Zimbabweans in particular. If my memory serves me well, Mr Zuma, during his tenure as president of SA, brought relief to many Zimbabweans living (illegally) in South Africa by introducing the much fancied (of course from a Zimbabwean perspective) "Zimbabwe Special Dispensation Permits" (ZSDP) resulting in many Zimbabweans regularising their stay in SA. Had Mr Zuma been the president of SA to this day, ZSDP holders would have been granted permanent residence status by now !! #BRINGBACKZUMA

That's the spirit and that'd what Zimbabweans must know. You can't tell South Africa what to do. If you do so then Xenophobia will start all over again. Please don't dictate at last request in a kindly manner.
#Zimwillriseagain
I believe