No Coalition Will Succeed With Glory Hunters - Chari 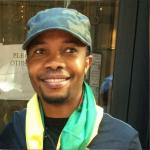 Freeman Chari, a Zimbabwean technology entrepreneur and a member of the opposition MDC based in the USA, has said coalitions with “glory hunters,” won’t succeed, remarks that are apparently in response to the debate in the opposition on whether to combine forces with former members of the ruling ZANU PF or not.

In recent weeks, the MDC Alliance has been at loggerheads with exiled former Information Minister, Professor Jonathan Moyo, who in 2018, together with other alleged members of the defunct G40 faction, helped mobilise votes for Nelson Chamisa.

These are highly reactive metals eg Zinc that react faster with oxygen than does iron. They eat up most of the oxygen before it corrodes a ship or heaters. Don’t underestimate them.

You cannot have teams without team players. Teamwork is not just about skills but also purpose & responsibility. You will not win with highly talented players that love to dribble in their own 18-yard box.

Glory hunters destroy cohesion & morale. They stifle the expression of talent within teams. Brilliant individual players should try tennis or chess. In failure, they have no one to blame but themselves. Taking defeat with grace is as important as gracious winning.

In as much as people here are pushing for coalitions, you need to evaluate the character, nature & inclinations. No coalition will succeed with glory hunters. Remember, a united team with focus, clear goals & motivated players deployed to their strengths is always a menace

But you need team players more than glory hunters.

He quoted Alick Macheso’s song “Pakutema Munda” which speaks of an individual who worked with his colleagues to prepare land for farming but claimed all the credit when some people asked who had done the work.