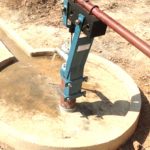 The villagers are appealing to the Government and donors for more boreholes as the existing ones are malfunctioning.

Their plight has been compounded y the siltation of available dams and rivers.

In a recent interview with CITE, Sithenjisiwe Sibanda said the available boreholes run dry leaving them stranded. She said:

The few available boreholes run out of water and we spend hours waiting for the water levels to rise.

The dams in our area have silted and this has caused problems for our livestock which continue to die due to lack of water.

Contacted from a comment by CITE, Nkayi South legislator, Stars Mathe confirmed what the villagers were saying. She said:

It is true that villagers are experiencing water challenges and the siltation in rivers, the water is at the lowest levels.

She however said there are programmes of drilling boreholes countrywide and Nkayi could get more boreholes.

The Ministry of Lands, Agriculture, Fisheries, Water, Climate, and Rural Resettlement this year revealed that both Matabeleland North and Matabeleland South have the least number of boreholes compared to other provinces.

"The Global Environment Facility Agency has extended US$71 125 176 to Zimbabwe to fund land reclamation and reforestation programmes in the country.