Nigerian Man (26) Puts Himself Up For Sale 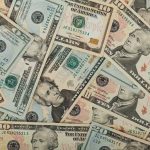 Islamic religious police in northern Nigeria arrested a man who put himself up for sale to escape biting poverty, a local official said on Wednesday.

Aliyu Idris, 26, was arrested on Tuesday by the morality police in Kano after pictures emerged on social media showing him holding a placard indicating he was up for auction at 20 million naira (US$49 000). Said Lawal Ibrahim Fagge, a spokesman for the religious police called Hisbah:

We arrested him for putting himself up for sale, which is illegal under Islamic law.

Fagge added that the man is in their custody and also blamed the man’s action on poverty and ignorance.

Last week Idris, a tailor from neighbouring Kaduna, went around the city last week with the placard inscribed with the sale offer. Residents posted pictures of him online, turning him into a sensation.

The young man told reporters he was “selling” himself out of “excruciating poverty” and that he intended to give half the money to his parents and two million naira to anyone who could facilitate the auction.

He had also promised to be a “loyal servant” to his buyer.

While Nigeria is regarded the second largest economy in Africa, after South Africa, some sections of society live in abject poverty at the backdrop of rampant corruption and looting by political elites.

The Nigerian National Bureau of Statistics said in 2020 that 40% or 83 million Nigerians live in poverty while the World Bank’s income poverty threshold of $3.20 per day suggests that Nigeria’s poverty rate is 71%.

Cheap price to pay for labour

US$0 Harare
Unruly 6 months ago

No food for a lazy man

He should buya a cash goblin..in 3months he wld be sponsoring poor Nigerians

Reply Report Abuse
yo 6 months ago

Very soon I will be up for sale too