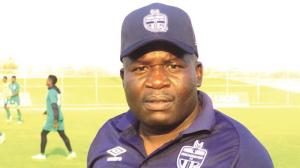 In a statement, club chief executive officer Nyasha Kadenge said the decision to send Dhlakama on leave was mutually agreed upon. He said:

Before this appointment, Takesure Chiragwi was the first assistant coach of the club.

Rodwell Dhlakama, the head coach, is on a mutually agreed indefinite leave of absence, which has given rise to the appointment of Chiragwi.

We are confident that Takesure Chiragwi is well-equipped to lead the team as we resume PSL football action after the AFCON break.

Dhlakama has led Ngezi to two successive Chibuku Super Cup finals – in 2019 and 2021.

@Taffman, you are right my friend. I think so too

Iii paNgezi pane nyaya apa. The way they dismissed Stanza & now Dhlakama leaves us with more questions than answers. There might be some outside interferences,, a ploy by interested parties