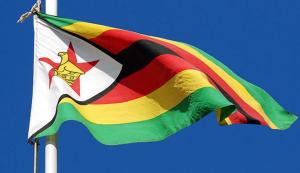 In a letter to ZEC, the party leadership said it will be participating in the March 26 by-elections recently proclaimed by President Emmerson Mnangagwa. Pindula News presents the party’s letter to ZEC:

RE SIGNATORIES FOR MOVEMENT FOR DEMOCRATIC CHANGE ZIMBABWE CANDIDATES

This serves to notify your office that MDC Zimbabwe will be participating in the forthcoming by eiections proclaimed for the 26 March 2022. by H.E President ED Mnangagwa.

The following officers are the only authorized persons to sign for our candidates.

Kindly note that we’re not a ‘derivative’ of any political party or grouping. We have never been subject to any “Alliance Agreement’ nor Court Challenges or Judgments.

Therefore, MDC Zimbabwe must not be conflated with those who seek to limit political participation only to those who agree with them via a supermarket of names and identities.

This comes as the opposition MDC-T led by Douglas Mwonzora also wrote to ZEC asking the commission not to allow any grouping using the names “MDC,” “MDC Alliance,” or any other MDC derivative saying the names belong to them.

The first MDC has no other name extensions like MDC-T, MDC-Alliance or something like that. All versions of MDC, real or imagined, are non-existant persons, unless registered. I concur with the author's view that some parties should not limit political participation through monopolizing certain popular names. MDC is neither the first nor the last party to have name derivations. History is awash with examples. There used to be Zanu Ndonga.

Zanu PF for ever and ever #ED for life

US$0 Harare
MaFyt 4 months ago

@Mephistophles jesus will not come soo as long ppl havent put their thought & plans at rest. to give way for the Highest Office to take Over.

Yet Chamisa remains attached to the MDC acronym. ZEC said, first come first served. MDC Zimbabwe and MDC-T have secured rights to the name. Mukomana is still dithering, hoping to go to court after the by election. We all know how the electoral court & con-court will treat Mukomana. Maybe God Is In It and Jesus will come down from heaven to declared that the MDC name belongs to Chamisa. I'm already doubting the Bwoy's leadership capacity...

Sometimes I think he lacks advisers. Or maybe he doesn't listen. It's not the name. It's him as a person that we want to put into the highest office in the land. But he seems detirmined to throw spanners in the works. Cry the beloved people left by Morgan. It's not an issue of name.

We will soon have mdca-z . It is not strange and by 2023 there will be hundreds of mdcs