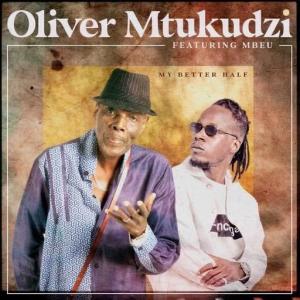 More than three years after his death, a new album consisting of new songs by Oliver Mtukudzi is set for release.

According to Walter Wanyanya, who is the Director of Ngoma Nehosho and was the late musician’s manager, the coming album titled Abiangu will be released later this year.

A new song, My Better Half, from the album featuring Mbeu, is now available on Spotify and Apple Music, among other platforms, but not on YouTube. Tweeted Wanyanya:

A new song from @TukuOfficial featuring @mbeuofficial #mybetterhalf is now available on all good streaming platforms.

This is a single off the coming album Abiangu 2 to be released later this year and this is the first song by Samanyanga since his passing 3 years ago.

Mtukudzi died on 23 January 2019 aged 66 and was declared a national hero by President Emmerson Mnangagwa.

His 2001 song Wasakara, meaning “You Are Too Old”, was banned as it was seen as a reference to the late former President Robert Mugabe, who was ousted 16 years later aged 93.