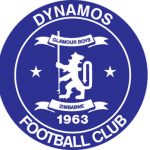 Dynamos head coach Tonderai Ndiraya said that the Glamour Boys’ recent two defeats were unexpected but there is no need to panic yet.

Chazunguza lost to FC Platinum in the Chibuku Super Cup semi-final and then to Triangle in a Castle Lager Premier League match raising questions about DeMbare’s ability to compete at the highest level. Said Ndiraya:

We didn’t expect it (defeats) to happen so soon but there is no panic at all. We still have a lot of time to recover and the season is still very long.

Of course, it’s concerning to lose two games in a row but if you look at the fixtures, they were not easy for us.

There were a lot of things that happened in the build-up to those two games.

Dynamos were made to travel to Triangle twice for the match and Ndiraya believes fatigue contributed to the recent losses.

On 17 November referees boycotted matches and DeMabare’s initial long trip to the southeastern part of the country was in vain.

The fixture was played 10 days later, with DeMbare losing 0-1 through Patson Jaure’s own goal.

In between the trips to the Lowveld, Dynamos played against FC Platinum, losing 1-0 to an Innocent Mucheneka strike. Added Ndiraya:

FC Platinum played four games less than us so the travelling and the fatigue because of the many games that we had played really put us at a huge disadvantage.

… We played four games more than the other groups (in the Chibuku Super Cup group matches) and I thought the Premier Soccer League came short in that (suspension rule) regard.

You can’t then put us at the same level as the other groups in terms of suspension.

Our players were at more risk of picking cards because they played more games.

If you see how we conceded the goal (against Triangle), it was really a matter of fatigue more than anything else. We don’t normally concede in such a way.

It’s public knowledge that it’s really difficult to visit Triangle and come out with a full set of points.

Dynamos take on Cranborne Bullets in their rescheduled round three fixture at the National Sports Stadium on Sunday.

The match was scheduled for last week but was postponed due to a COVID-19 outbreak at the clubs.