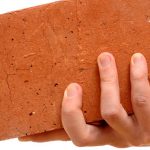 The Zimbabwe Republic Police (ZRP) is investigating a suspected murder case in which a 32-year-old woman attacked her boyfriend with a brick on the head following a misunderstanding. Pindula News presents the police statement on the case.

Police in Mvurwi are investigating a case of attempted murder that occurred on 02/11/21 at about 1400 hrs where a woman (32) struck her boyfriend with a brick on the head after a misunderstanding.

The victim sustained an open wound on the head, bled from the ear and fell unconscious before he was ferried to hospital. Meanwhile, the ZRP reiterates that members of the public must resolve their differences without the use of violence.

In a different case, police have confirmed the arrest of a man who was impersonating a police officer. The accused, Vusa Phiri who wore a police uniform to commit the crime, was caught whilst demanding bribes from members of the public in Bulawayo. A police statement read:

The ZRP confirms the arrest of Vusa Phiri (21) for impersonating a police officer on 02/11/21 at 2100 hrs. The suspect who was clad in a Police uniform was nabbed whilst soliciting bribes from the public at a sports bar at Mudamburi Shopping Centre, Bulawayo.

Police recovered a US$5 note and preliminary results from investigations revealed that the suspect stole the uniform from his relative who is a Police Officer stationed at Fairbridge.

Women please calm down and
Men pliz stop stressing women. Women are humans too.they are not possessions.
Lets love one another.
Just because one woman dd you wrong doesn't mean you should convince all men tt all women are bad.