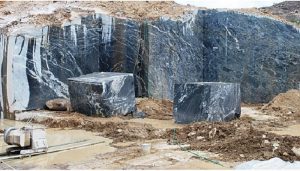 Villagers in Mutoko District face an uncertain future amid reports that Chinese mining companies intend to mine granite in their area.

One of the Chinese companies exploring quarry mining in the region, Jinding Mining, reportedly informed the villagers that they will have to leave their homes. The company, however, denies plans to evict the villagers.

A 42-year-old farmer, who asked that his name be withheld, told VOA News that the company plans to mine an area that stretches across 180 hectares and includes some of their homes. He said:

The area they want is where we live and where our cattle graze. It’s our source of income.

We wonder where we will go, the area they want is too huge.

Our ancestors’ graves are there, too. We wonder where they will relocate them.

Zimbabwe Environmental Law Association (ZELA)’s Richard Ncube said they are planning to educate communities on environmental issues and are ready to approach the courts to prevent the eviction of villagers. Said Ncube:

ln order to help the communities, we are raising awareness on environmental issues.

We are researching these issues in order to inform legal reform and then we take matters to court as a last resort to have their remedies addressed or issues addressed.

What we only do as the agency is to take the project that is brought by the project owner, we go through it, we verify whether what is being indicated in the report that consultations were done, were really done.

We actually go to the ground and triangulate to check if what is in the report is what actually took place on the ground.

The farmer who spoke to VOA News said the Chinese company only talked to local leaders without involving ordinary people to hear their concerns.

Recently the Chinese Embassy in Zimbabwe insisted that Chinese investors in Zimbabwe are working for the good of the country.