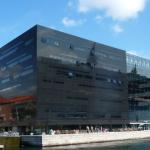 Mutoko villagers are being evicted and relocated by granite rocks mining companies while some villagers are living in homes damaged by blasts and are unable to farm polluted land.

Every day more than 60 trucks take granite for export, along the rough road through Nyamakope village in the district of Mutoko. Quarrying has been happening there since the 1980s.

The shiny Mutoko stone is a popular material for tombstones. An extension to the Danish royal library in Copenhagen, known as the Black Diamond, is clad in Mutoko granite.

Now 50 families in the village have been told by a Chinese mining company that they will have to leave their homes and land. People in four other villages in the district fear they will also lose their ancestral lands.

Two families, including an 82-year-old villager and his wife, have already been relocated by Jinding mining company, which wants to build a polishing plant. One villager told the Guardian:

The 82-year-old man collapsed when he heard the news because he never anticipated it. He was later resuscitated at the hospital. This is how bad things are here.

The man was told his house was within the area licensed to the mining company by the government. Zimbabwe’s Communal Areas Act gives the president power to decide the use of an area that makes up 40% of the country’s land, home to about 70% of the population.

Two other families were given $2 500 (£1 840) to rebuild their homes, but community leaders say this is insufficient. One villager said:

There is uncertainty around this village. Right now, we do not have anyone willing to help us because our councillor does not want to help us. Anyone who dares to speak out is threatened. Whether they remove us or not, we are already scared to speak out.

The 40-year-old father of four fears losing five hectares of land, his only source of income. He said villagers should have the right to reject the investors from entering our community.

The major challenge is they are living in the dark, and they are not sure what is going to happen.

We have gathered that most of the communities [in Mutoko] are afraid to come forward and take these matters to court due to intimidation and fear of being victimised.

Attempts to challenge the mining companies elsewhere in Zimbabwe have had mixed results. Last week, the High Court dismissed a court application by villagers from Chilonga, Chiredzi in Zvishavane who were challenging their impending eviction and Zimbabwe’s Communal Areas Act.

LET ME WADE INTO THE HOT WATERS OF MUTOKO GRANITE MINING BUSINESS. I ACKNOWLEDGE THAT THIS IS A HOT POTATO IN MUTOKO. BUT I WANT TO TACKLE IT WITH BUSINESS AND DEVELOPMENTAL MIND.

MY PERSONAL BUSINESS VIEW IS THAT THERE IS NOTHING WRONG WITH THE CHINESE MINING GRANITE IN MUTOKO AS LONG AS IT IS DONE PROCEDURALLY WITH GOVERNMENT SUPERVISION. ZIMBABWE IS BENEFITTING FROM THE EXPORTATION OF THE GRANITE. THESE COMPANIES ARE CREATING JOBS FOR OUR YOUTHS IN MUTOKO.

I AM TOLD THAT THE CHINESE ARE DOING JUST THAT. OUR AUTHORITIES MUST MAKE SURE THAT COMPENSATION IS ADEQUATE.
WE CAN NOT RETARD DEVELOPMENT BECAUSE WE WANT TO LOOK AFTER GRAVES. NO, THAT IS ARCHAIC.

AUTHORITIES MUST FIND A SOLUTION OF LEAVING THOSE GRAVES UNTEMPERED WITH AND MAINTAINED BY THEIR RELATIVES YEARLY AS PER CULTURE, JUST LIKE WE VISIT HEROES ACRE ONCE A YEAR TO PAY RESPECTS.

AT LEAST THE CHINESE ARE PAYING COMPENSATION. I WAS A VICTIM OF COLONIALISM IN 1959 WHEN OUR FAMILIES WERE RELOCATED FROM NYAMAKATE AREA TO ZVIPANI AREA IN HURUNGWE DISTRICT WITHOUT A PENNY AS COMPANSETION.

AS ZIMBABWEANS, LET US EMBRACE INVESTMENT WHATEVER REGION IT COMES FROM, EAST OR WEST. IN BUSINESS PEOPLE MUST BE APOLITICAL.

This is new colonisation by the Chinese aided by zanu pf government.every corner of Zim displacements without consent & adequate compensation is on cards.the courts are not helping niether, i forsee this country crumbling within 10years.natural resources are looted day&night with impunity,ppl wl never forgive ed&crew