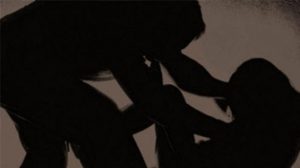 A 28-year-old man from Mutoko is on the run after he allegedly shoved a hoe handle into his 25-year-old wife’s private parts and assaulted her for several days following a domestic dispute.

The suspect is still at large and we are appealing to anyone who might have information that may lead to his arrest to alert the nearest police station.

It is alleged that on 16 January at around 5 pm, the woman went to the local business centre and left behind her phone.

While she was away, someone called on the phone and on her return, her husband, who was at home when the call was made, ordered her to call back the caller.

It happened that the caller was a male and this caused a heated argument between the two.

The man physically abused the victim for four days before she ran away to her parents’ home and reported the matter.

The complainant was taken to Parirenyatwa Group of Hospitals where she was admitted and medically examined.

She filed a police report on 2 February and police have since launched a manhunt for the suspect.

Uyu mujeri for quite a while. What kind of insanity is this?

Kkkkk we say no to abuse

Could have been a misdirected call.
Sanity should have enjoined this culprit to trace the caller via police instead of making an idiot out of himself.