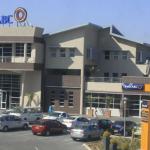 At the time of his demise, Zimbabwe Investment and Development Agency (ZIDA) chief executive Douglas Munatsi and his business partner Francis Dzanya were in a legal battle with BancABC Zimbabwe over US$14 134 357.32.

Munatsi played an important role in the founding of the African Banking Corporation, now trading as BancABC.

He was involved in the merger of Bard Discount House, First Merchant Bank, UDC and ULC Companies that were operating in Botswana, Mozambique, Malawi (LFC), Tanzania and Zambia.

Munatsi became the first CEO of the bank in 2000 while Dzanya was appointed group chief financial officer in 2005.

By the time the duo left BancABC in 2014, the institution has grown its assets to more than US$2 billion. The bank was taken over by Atlas Mara.

Court documents show that Munatsi and Dzanya had sued BancABC as they jointly sought US$14 million from the bank, in High Court case number 11582/17.

Munatsi was the first plaintiff while Dzanya was the second plaintiff. The joint pretrial conference minute shows that issues in contention were:

Munatsi died in a mysterious fire at his upmarket Harare apartment on 29 November.

His relatives and friends believe his death was not an accident but was a cold-blooded murder.