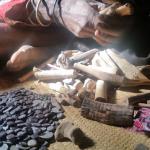 The late Kudakwashe Chiguma reportedly went to his 14-year-old victim’s parents where he pleaded for forgiveness for bedding their daughter and also sought permission to get the victim’s urine to survive.

One of the neighbours told H-Metro that Kudakwashe claimed that his sexual intercourse with a traditional healer’s daughter last Friday made him sick. She said:

We took him to a medical doctor where he was examined and the doctor said he was suffering from ulcers.

Kudakwashe’s parents were in the village and we could not watch him struggling without help.

His friends took him to several traditional healers within Mufakose but to no avail.

(He visited the girl’s parents and asked for the girl’s urine so that he could drink it and boost his chances for survival, as is claimed, but they refused).

He went to the house where he confessed but he could not get help.

The victim’s father admitted that Kudakwashe indeed came to his home and confessed that he had slept with his daughter and pleaded for his forgiveness. Said the father:

(Kudakwashe was my neighbour and he would visit me often. He would buy beers for me and we used to spend a lot of time together, sometimes late into the night, little did I know that he was sleeping with my daughter and disrupting her studies).

My wife got angry and rushed to the police to lodge a report against Kudakwashe.

She could not process the opening of the docket upon hearing that Kudakwashe had died at a police base seeking help.

He could have died at my house had it not been for my wife who chased him and his friends from here.

(His relatives came here but I told them there is no way I will lock my own daughter, a minor for that matter).

Yes, I am a traditional healer who can heal some ailments including locking cheating partners but I could not do this to my daughter.

Kudakwashe, a Nyau dancer and car park guard, reportedly spent the whole night with the traditional leader’s daughter while his friend was also bedding the minor’s 19-year-old sister at the same place last Friday night.

The deceased’s body was taken to Sally Mugabe Central hospital mortuary for post-mortem.

He died a painful death. Even though anga akanganisa he was supposed to be given a chance

A mere secrifice!This was done intentionally to boost oneself and gain more fame.

U can say that again