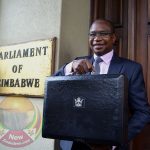 The Progressive Teachers Union of Zimbabwe (PTUZ) has criticized the 2022 budget statement presented by Finance minister Mthuli Ncube Thursday, saying it lacks anything meaningful for the teachers and workers in general.

PTUZ secretary-general, Raymond Majongwe, made the remarks while talking to NewZimbabwe.com on the sidelines of the Zimbabwe Coalition on Debt and Development (ZIMCODD) Live Budget Analysis Conference. He said:

He added that the PTUZ leader said membership will determine the next course of action.

Majongwe underscored that teachers are living in poverty pointing out that morale is at its lowest decline, and all what the teachers are yearning for is to be paid in US$. Teachers have been demanding for the restoration of their pre-October 2018 salaries when the lowest-paid earned an average of US$540.

Today's problems are too advanced Foran 80year old to solve. Today's generation yu have got an error, why get tricked by these old and outdated generation in elections?

When they want people to go and block President Chamisa's motor cade tha recruite young boys and girls but when it is about tenders and business tha give it to thier Children's.Tha are evil these Zanu Pf people

Do not worry my fellow Zimbabwean 2023 ndirikupinda change is coming