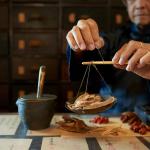 The Zimbabwe-China Traditional Chinese Medicine and Acupuncture Center at Parirenyatwa Group of Hospitals has treated over 150 people since it started taking patients in November 2020.

The facility was designated by the Ministry of Health and Child Care in January 2020, following the signing of a memorandum of understanding between the Zimbabwean and Chinese governments on cooperation in the field of traditional Chinese medicine (TCM) and acupuncture.

By April this year, it had treated more than 150 people suffering from various ailments such as hypertension, lumbar spine pain, diabetes, hernia, and other health problems.

The centre’s executive director, Sun Shuang, said that 48 per cent of the patients were now locals, compared to the time it was opened when mostly Chinese nationals sought treatment there. She said:

We accept patients with emergency and urgent problems when there’s no other option for them. We don’t do advertisements.

We have lots of patients only because of the good results on our other patients.

Sun said the centre was training more local doctors in traditional medicine, hoping that with time, more similar facilities will be opened throughout the country.

Karen Gurure, a China-trained Zimbabwean medical doctor who is interning at the clinic, told Xinhua that the major advantage of the TCM is that it has fewer side effects.

Gurure, who had studied at China’s Jiangxi University of Traditional Chinese Medicine, said that more benefits could be derived from adopting the TCM, than conventional medicine.

She said TCM uses complex patterns of imbalance within the body to determine a diagnosis while Western medicine tends to focus on diagnosing and treating illness based on a patient’s symptoms. Said Gurure:

TCM focuses on the whole body, while conventional medicine focuses on one certain part of the body.

If you have back pain, conventional medicine would treat you for just the back pain, TCM it treats the whole body.