Mnangagwa's Helicopter Forced To Make A U-turn After Reaching Mutare 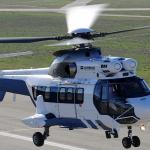 President Emmerson Mnangagwa’s two Chimanimani-bound helicopters were Wednesday forced to make a U-turn after reaching Mutare only to land in a golf course in Marondera.

NewsDay reports that one of them landed awkwardly, triggering fears that it could have developed technical fault mid-air.

Mnangagwa was on his way to Chimanimani, Manicaland province, to officially open Jopa-Kopa highway which was washed away by Cyclone Idai two years ago.

Witnesses said one of the helicopters landed awkwardly at around 8 am suggesting that it could have developed a technical fault.

Security details in Marondera rushed to the scene soon after the helicopters landed, with Mnangagwa’s motorcade arriving 45 minutes later to whisk him away.

Mnangagwa later proceeded to Chimanimani by road, forcing changes to the programme after arriving late for the event.

Information minister Monica Mutsvangwa dismissed speculation that the choppers had developed technical faults, saying they were forced to land in Marondera due to bad weather. She said:

No, nothing like that happened. You can check with the presidential spokesperson George Charamba. But all I know is the President arrived late, his helicopters failed to land in Mutare due to bad weather and they returned to Marondera and later came by road.

This is not the first time Mnangagwa has been forced to abandon his helicopter.

Last month, he was forced to travel to Rutenga in Masvingo province by road after security concerns were raised over “faulty and aged” presidential helicopters.

In August, Mnangagwa’s chopper reportedly crash-landed about 65km from Harare when he was coming back to the capital from his Precabe Farm in Kwekwe.

In the same month, bad weather hindered Mnangagwa’s trip to Mutare, where he was expected to commission a medical oxygen and industrial gas plant at Feruka.

The state to hire helicopters from Azerbaijan for the president's local trips. Dzinodzokera kwadzo after each trip, coz dzingazo dirwe fuel ine molasses muno.

Saw the helicopters land at golfcourse in Marondera yesterday

May be STAGE-MANAGED to attract international Marondera populace 😷