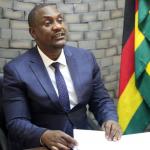 President Emmerson Mnangagwa had issued a warning to deal decisively with divisive elements within the ruling party before sacking State Security Minister, Owen Ncube on Monday.

In his address during last week’s ZANU Politburo meeting, Mnangagwa threatened to take action against officials fanning factionalism within the party.

Ncube was fired from the Government for “conduct that was deemed inappropriate for a Minister of Government”, according to a terse statement issued by Mnangagwa’s office.

No specific reason was given for Ncube’s dismissal but it is believed that his sacking had to do with recent disturbances that rocked ZANU PF Midlands provincial structures.

The meeting was abandoned following disturbances by the thugs without completing its agenda.

Let me further hasten to say that constitutionalism, unity, peace, harmony and development remain our absolute compass, now and going into the future.

Irregularities and political chicanery across party structures must be decisively dealt with and expunged from the party.

I urge the party leadership to always listen to the aspirations of the people at every level.

It is equally important that the party leadership and membership in general work concretely to achieve a better quality of life for our people.

It is after all the people who have entrusted us with the mandate to govern over our great country.

PRESIDENT ED MNANGAGWA SHOULD ACTUALLY GO ON A SCRUBBING OR MOPPING UP SPREE. ZANU PF HAS NEVER HAD SO MANY DIVISIVE ELEMENTS IN THE PAST AS IT HAS AT THIS POINT IN TIME.

WHAT HAPPENED IN MIDLANDS WHERE DIVISIVE ELEMENTS TRIED TO DISTURB A PROVINCIAL COODINATING COMMITTEE MEETING ALSO HAPPENED IN CHINHOYI.

IF THE PARTY, ZANU PF, IS NOT CLEANED NOW THIS PROBLEM WILL CASCADE DOWN TO 2023 HARMONISED ELECTIONS. WHAT WILL THEN HAPPEN IN THOSE ELECTIONS IS ANYBODY'S ANSWER.

{ TOGETHER WE STAND, DIVIDED WE FALL }

Let all the fired ones know where to cast their votes