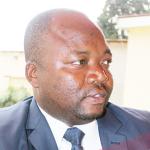 The Deputy Minister of Information Communication Technology (ICT) Dingumuzi Phuti has criticised ZESA for failing to attend to electricity faults timeously resulting in some areas going for two months without power.

Phuti was speaking during the commissioning of a 4G base station by State-owned MNO NetOne at Nopemano Primary School in Bulilima West in Mandlambuzi on Friday.

He also suggested that there were some government agencies that were sabotaging the government‘s programmes. Phuti said:

I do not know what the Zimbabwe Electricity Supply Authority (ZESA) is thinking should be done about the computers put to schools where there is no electricity for two months.

Surely that does not deserve any condonation, but it is a perfunctory approach to responsibilities.

I do not know which government some people serve. We in the Ministry of ICT Postal and Courier Services serve a government where the principal is (Emmerson) E D Mnangagwa.

He is a man who does not want nonsense, but he wants us to work and be the servants of the people.

Phuti, who is also the local MP, said ZESA had promised to restore electricity in the area but he expressed scepticism over the power utility’s response.

He said the installation of the base station will enable people in the area and other surrounding areas to access local news and mobile network services.

Phuti said people in the area have been accessing networks using neighbouring Botswana base stations.

The new base station covers a radius of 29 kilometres.