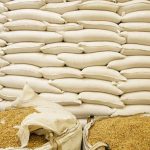 Payments to wheat farmers for the 2021 season are likely to be delayed after millers, who had pledged $5.5 billion to complement government funds, were scandalised by a parliamentary report which left them exasperated.

The report, by the portfolio committee on Lands, Agriculture, and Fisheries Portfolio Committee, alleged that millers abused a US$28.6 million they were granted by the Reserve Bank of Zimbabwe (RBZ) to import wheat between 2014 and 2019.

The report recommends the arrest of Tafadzwa Musarara who chairs the Grain Millers Association of Zimbabwe (GMAZ) who was the chief negotiator in the importation of wheat.

Sources believe the matter was politicised adding that Musarara is being targeted as he is allegedly vying for the ZANU PF Mashonaland Central provincial chairmanship which is currently held by HomeAffairs Minister Kazembe Kazembe.

It is believed that Kazembe is a close associate of the Lands committee’s chairperson, Justice Mayor Wadyajena. Said a source in the milling industry:

These are private funds and the wheat was bought by companies that mobilised funds in local currency and later sourced foreign currency. The current fiasco has greatly demoralised millers and there are indications that they may withhold their funds meant to pay workers.

What has surprised everyone is that the money was sourced and used by all millers involved and now the committee recommends the arrest of Musarara who did not even handle the money.

The timing of the report is suspicious in that it comes at a time Musarara and Kazembe are fighting for control of the province. Remember his committee sat in 2019 and only produces the report now when elections for provincial posts are around the corner.

The source added that the report was an attempt by Kazembe to cripple Musarara financially adding that the wrangle will affect farmers.

Do that 6 months ago