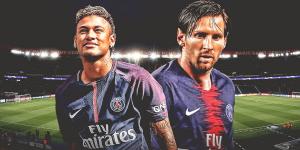 Lionel Messi wore PSG’s number 10 jersey for the first time since arriving in France when they clashed with Nice in the French Cup.

Neymar who wears the number 10 was injured.

Meanwhile, Mario Balotelli has been recalled to the Italian national team by Italy coach Roberto Mancini since his last appearance in 2018.

The Italian football team, on Monday last week, made the announcement on its official Twitter account, as it announced the 35-man squad selected for a special training camp at their Coverciano base.

This training is in anticipation of March’s World Cup qualifying playoffs against North Macedonia and then potentially Portugal or Turkey. The Italian football team said:

The former Manchester City striker currently plays for the Turkish side, Adana Demirspor.

Balloteli is a troublesome player