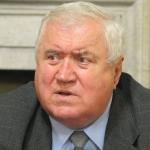 A Russian academic has said he was impressed by the positive developments currently taking place in Zimbabwe which are in sharp contrast to the picture portrayed by international media.

Professor Vladimir Shubin told ZBC News in Harare this Thursday that the Zimbabwean media and academics have a huge role to play in correcting the misinformation.

On the international arena, Zimbabwe is generally viewed as an uncivilised society following decades of economic and political turmoil.

There is a lot of misinformation about Zimbabwe, so-called mismanagement. You would think the country has almost collapsed, but when you see the country it is developing, as media you should do a lot to correct that and academics too.

The academic also spoke on the economic ties between Zimbabwe and Russia, particularly in the mining sector, emphasising the need to increase cooperation and relations between the two countries. He said:

You can love each other very much but unless you have economic ties that will be useless.

Zimbabwe and Russia’s cordial relations go back to the liberation struggle when the Europe-Asian country supported the Southern African country’s quest for independence through training its fighters and providing the requisite resources.

He didn't say that Zim is in a good state but he said that it is not as bad as the media claims. Get him right.

Sorry I wasn't finished... I was about to say then you go on the ground and you find out boom... Yes it's collapsing on some accounts.

That's the purpose of a translated my fellows

Hey professor, obviously you were being interviewed by Zbc and what do we expect

Report Abuse
A a aaaah 5 months ago

He who wants to potray his country as a collapsed one is an advocate of continuous isolation of this country, hence it's total collapse.