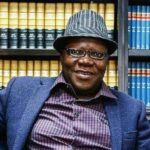 The original MDC was formed in 1999 is considered a child of the ZCTU as the majority of the top leaders including founding president Morgan Tsvangirai and his vice, Gibson Sibanda (both late), came from the labour body.

In an interview with NewZimbawe.com soon after the meeting, ZCTU secretary-general Japhet Moyo said the parties touched on a number of important issues. Said Moyo:

They (MDC-A) came to congratulate the new leadership as well as to lay down issues that the party is pursuing and these including the pursuit for the provision of social services, fight for electoral reforms, anti-corruption and a genuine commitment to social dialogue.

He (Biti) presented in detail the urgent need to bring sanity to the economy’s fiscal expenditure, improving social services among other issues.

Over the past few years, the MDC and ZCTU had, to some extent, drifted away from each other as competing interests drowned the voice of workers in the opposition party.

Asked on whether the engagement heralded the restoration of the strong bonds of old, Moyo said:

There is nothing peculiar or unique about the meeting because as ZCTU we always meet and engage various political leaders and stakeholders who knock at our doors.