MDC Alliance Infuriated By Proposal To Allow Mnangagwa Over 2 Terms 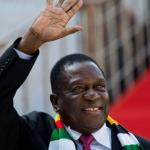 Posting on Twitter Saturday, Sikhala said Mnangagwa is now too old to be asking for a term extension. He tweeted:

More than two terms for what Mnangagwa? You are 80 years old. You want to fight God and nature.

You think you will reach 90 years like Mugabe? Inga. Good luck.

The MDC deputy leader Tendai Biti also vowed to defend the constitution no matter what. Said the former Minister of Finance:

The party’s youth leader Obey Sithole the proposal “is yet another testimony of how wild people can be when idiocy is taken as a yardstick for political correctness.”

Zanu PF has so far made controversial constitutional amendments to allow Mnangagwa to consolidate power which allows him to handpick vice presidents.

Please stay out of this... Ngaapinde hake mukomana muchinyararire... It's Zanu Pf's business so I don't see any reason of getting involved in it.

All is fair in love and war🐊