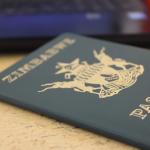 The opposition MDC Alliance (MDC-A) has urged the government to ensure that the roll-out of the electronic passport (e-passport), is done in a transparent manner without policy inconsistencies.

In a statement this Tuesday, MDC Alliance national spokesperson Fadzayi Mahere accused the Government of introducing the e-passport in a manner that violates the principles of administrative justice. Said Mahere:

The MDC Alliance is extremely concerned at the latest move by Mr Mnangagwa’s regime to introduce a new e-passport in a manner that does not comply with the principles of administrative justice established in section 68 of the Constitution.

We have consistently challenged the regime’s penchant for dodgy deals and the failure to comply with due process and a transparent tender regime in the award of public contracts including this very passport production one.

The SI also stated that a nominal fee of US$20 shall be charged for every passport application fee processed at any CBZ Bank Branch Countrywide.

Mahere criticised the monopolisation of the collection of passport application fees by the Commercial Bank of Zimbabwe which she said is “associated with the regime”. She said:

We further take issue with the fact that a bank associated with the regime has been awarded a statutory monopoly to collect passport application fees.

We are further told that the old passport will be phased out in 2023 despite earlier undertakings that all passports would be allowed to run their course.

These contradictory messages are clumsy and unacceptable. The policy confusion betrayed in this regard is not only grossly unreasonable but erodes the already depleted trust the people have in the system.

Certainty, efficiency and rational decision-making are core tenets of good governance that the Constitution obliges public officials to adhere to.

Mahere reminded the Government that it is bound by the law to widely consult stakeholders before launching basic public services. She added:

We urge the regime in Harare to conduct wide consultations with stakeholders as required by law before the rollout of basic public services and to ensure that corrupt practices are investigated and eradicated.

Under an MDC Alliance Govt, the welfare and best interests of the people will return to all administrative decision making.