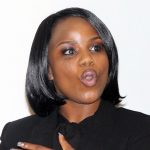 The MDC Alliance has finally put to rest claims that its vice president Tendai Biti was abducted by suspected State security agents on Monday night.

Party spokesperson Fadzayi Mahere described as fake news a report by an online publication purporting that Biti was seized from his home by heavily armed men who bundled him in an Isuzu pick up truck and drove off at great speed.

The publication reported MDC Alliance secretary-general Chalton Hwende as confirming Biti’s alleged abduction but all the claims were dismissed by the party.

Mahere said Biti was not abducted and was at no point reported missing. She said Biti was trailed by a suspicious vehicle yesterday and was expected to report the matter to the police. Said Mahere:

We confirm that VP [Tendai Biti] is safe. We have verified that, contrary to reports in a fake news story published by an online paper, he was not abducted nor did he go missing.

He was trailed by a suspicious vehicle yesterday and a police report is to be made.

The firebrand Zengeza West MP, who had been arrested scores of times for his political activism, threatened to expose the full identities of those involved in stalking Biti. Tweeted Sikhala:

We know all your plots and for the record Simbanegavi and Gakanje we know u are trailing our Vice President [Tendai Biti].

I won’t mention your first names but if the push comes to shove I will expose you. We know your nefarious agenda.

It won’t work. Leave us in peace.

Logistics problems, otherwise the whole media could have been awash with "we fear for his life" mantra kkkk.Zvepolitics vana Chamisa vachiri kumahumbwe kwavachiri kukwanisa kuti " kutamba hangu , kutamba hangu".
These skirmishes by Chamisa and company , inorder to get sympathy should not be tolerated at all! It's costing us as a nation.

Else and Pals, I feel sorry for you. You are still very backward or u are paid by zanu to utter rubbish. Your minds are idle, that is why you are now being used by the devil.

@juda , as usual and expected, when you are losing the debate you resort to insulting pple you are discussing with.Its typical of you Alliance guys, you start with this intolerance and when it's taken to you at another level you cry foul

IT IS NAIVE TO SAY THAT PRESIDENT CHAMISA LIED THAT HE WAS ATTACKED TO GET SYMPATHY FROM THE PUBLIC. ONE OF THE VEHICLES IN HIS ENTOURAGE HAD A BULLET HALL. HE REPORTED TO POLICE WHO ENGAGED THEIR RELEVANT SPECIALIST DEPARTMENTS.

POLICE SPOKESPERSON ASSISTANT COMMISSIONER PAUL NYATHI FIRST DENIED THAT MDC ALLIANCE HAD MADE A REPORT, BUT FIZZLED OUT WHEN MDC SAID THEY HAD MADE THE REPORT IN THE COMPANY OF THEIR LAWYERS. THEY FURTHER QUOTED AN RRB [ REPORTS RECEIVED BOOK] NUMBER TO DEFLATE ASSCOM NYATHI.

WE WATCHED POLICEMEN IN FULL COMBAT GEAR ESCORTING AND PROTECTING HOOLIGANS WHO WERE BARRICADING ROADS WITH LOGS AND ROCKS. IS THIS THE RULE OF LAW ? IT WAS SHAMEFUL !!!!!

Isu tiri kuterrace we begin to wonder first it was abduction now its all rubbish in fact hanz hakuna zvakadaro ,he was being trailed n a police report is to made. Y wait to make a report @biti tiri vana veshanduko but don't play around nesu coz semadala eZanu seems like u stage managing these incidents . As opposition they must a difference from @dambudzo kanda mapics videos ane evidence of wat u are saying not kungo mhanya pama social media handles postin musina evidence to support any allegation motinyadzisa isu machinja