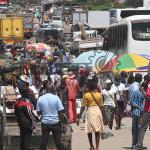 Motorists are becoming impatient over the construction of an interchange at Mbudzi Roundabout as congestion is the order of the day.

The government has announced plans to construct an interchange but, for motorists, authorities are taking long to address the issue amid reports that contractors are taking due diligence to avoid future safety problems.

In October this year, Transport Minister, Felix Mhona announced that the Mbudzi project will cost US$85 million which is US$8 million more than the cost of constructing Mount Edgecombe Interchange in Durban, South Africa, the biggest interchange in Africa.

Meanwhile, motorists are being warned that congestion is likely to worsen during construction even with the major effort now being done on the diversion roads.

Motorists say that although the deployment of police traffic officers at the worst times to control the crossing has been at times helpful, driving past the roundabout has become a nightmare for many.

Mbudzi roundabout is at the intersection of Simon Mazorodze, Chitungwiza and High Glen Roads that feed traffic from western Chitungwiza and many old and new suburbs into Harare city centre.

Simon Mazarodze Road is the main Harare-Masvingo highway which means that heavy long-distance haulage trucks are mixing with the urban traffic.

Mr Leeroy Chigogo of Glen Norah said one would take at least over two hours to negotiate the roundabout.

Another motorist Mr Takudzwa Manyande said there was also a need to get rid of pirate taxis that load passengers near the roundabout as this was also fuelling congestion.

Mrs Charlene Mureverwi of Glen View said driving through the roundabout was now very difficult and something needed to be done to ensure the smooth flow of traffic.

The contractor is currently undertaking geotechnical engineering, which involves taking soil and rock samples to ascertain the strength of materials to be used during the foundation stages.

Works on detour roads are progressing with the demolition of illegal structures that encroached the roads continuing smoothly.

Harare provincial roads engineer Arthurton Zindoga was quoted saying the geotechnical engineering process was the initial stage of the project.