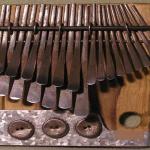 Dzimbanhete Arts and Culture Interactions Trust, has announced that there shall be a Mbira contest on the 31st of December 2021 to mark the end of the year. Pindula News presents the Trust’s statement:

For the year-end celebration, Dzimbanhete Arts and Cultural Interactions Trust (DACIT) is a mbira music contest around the most contested song “Zviri nani ndiyende Kure”. The mbira contest is dubbed “Moyo Yavo Yakaoma” and will take place on 31 December 2021. This is a well-known song with many renditions being played by various mbira groups and many stating that they are the originators of the version, which went viral. An audience participatory judging process has been determined as the best way to recognise the originators of the popular version.

After an open call to mbira groups to take part in the contest, three groups have successfully registered for an audience-based performance contest at Dzimbanhete. This is an interesting approach to the randomness of mbira music, community performances, its relation to intellectual property and its place in the public music circulation domain.

Dzimba Rembada represented by Amigo Mukucha and Duggy Samaita, says they performed this song as a Bira collective in Chitungwiza in the early morning hours, during a Bira in Chitungwiza with an unnamed lady leading. They had gone all night and as the sun was rising and all protocol is done, someone among them decided to do a cell phone recording when the song had long started.

Ubuntu Learning Village located on 80 hectares of mixed farmland and natural forest in Serima, Gutu, is ready to battle it out with the other groups for the ownership of the song. Ubuntu Learning Village is the unity of land, water, air, earth, creatures, people, plants, and spirits, intentionally weaving together capabilities, resources, strengths, and knowledge to create a community of love, respect, fullness, positive relationships, growth and sustainability. It is in this environment that a random recording of the song by a foreign visitor was done using a semi-professional gadget. Joyce Warikandwa a leading mbira player performed the song during a jam session with her Ubuntu Learning Village students at a mbira skills workshop with Tafadzwa Goredema a visiting drummer from Harare.

On the other hand, Remapinga Mbira Group with members from Chitungwiza and Kuwadzana, represented by Russel Pika and Anywhere Gwara. Their lead vocalist on that song, Tawana Gwara is actually the son of the late mbira maestro Newton Gwara aka Sekuru Matemai. Remapira equally lays claim to the song. Their song “was again randomly recorded on a phone in 2014 at a traditional ceremony, known as “Bira” in Chitungwiza. They have played the song for more than 10 years amongst their other many songs which are worth 2-3 albums.

The registered groups do not represent all the mbira players laying claim to the song as some were amicably disqualified in the preliminary interviews. This contest paves a way to start conversations around recording, promotion, and distribution of mbira music. It is evident that the song itself is a point of contestation amongst mbira players when it comes to who is the originator of the song. It is an ongoing conversation amongst mbira players. However, It is amazing to realize the spontaneity and random nature of the recording of the song. It was played at very intimate mbira events and was actually not meant to travel across distances and go viral, making it to mainstream radio stations such as Radio Zimbabwe.

What is foreseen is a spirited performance by the groups as they all seek to impress the judges, who in this case will be the audiences. It is indeed a great way to roll in into the year 2022. “Zviri Nani Ndiende Kure”, obviously a redone tune from way back like most mbira tunes went viral among Zimbabweans at home and abroad! Whether it was that compelling because of that decorating drum, that thin-chocolate hearty voice with lyrics that seemingly resonate with the contemporary social consciousness or those mystical backing vocals including the timing of its involuntary release- it simply became such a hit, that’s all we know. As an organisation DACIT wishes to have the players of this tune known and rewarded for the great work they have produced.

Report Abuse
The Nerd 5 months ago

The mbira piano of Zimbabwean origin. I love it so.

Stop calling it "Thumb Piano". It's called mbira and mbira only, that's the only name it will ever have.