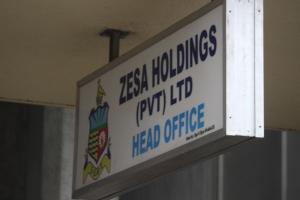 He also directed Gweru City Council not to disconnect water supplies to defaulting residents but come up with acceptable payment plans.

Mavima said this when he met ZESA and GCC officials at his offices after the former switched off electricity to the latter over non-payment of a $257 million debt.

ZESA also disconnected Town House resulting in the council failing to collect revenue and thereby affecting its ability to pay off its debt to the power utility.

ZESA reconnected GCC on Friday afternoon following the commitment by the council to a payment plan.

Mavima ordered GCC to come up with an acceptable payment plan to clear its ZESA debt while calling on residents to pay their water bills and rates timeously. He said:

Zesa is urged to explore other measures of enforcing payment for their services by local authorities as opposed to resorting to disconnection of power at critical service facilities such as water plants.

Furthermore, the local authority will not disconnect residents’ water and instead should look at other alternative ways to recover the debt such as attachment of property.

And that goes for Zesa attaching council property.

I want to urge residents of Gweru to fully play their part by consistently paying their water bills and rates to enable the local authority to meet its service delivery obligations.

This is not the first time that ZESA has switched off the local authority for non-payment of debts.

In May 2021, ZESA disconnected GCC’s water treatment plants over a debt of $143 million.

The power utility only restored supplies after the council committed to a monthly payment plan of $13 million.