Matobo Villagers Seriously Injured After Being Stabbed By Unknown Assailants 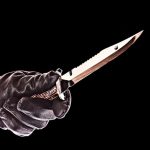 The Zimbabwe Republic Police (ZRP) is investigating two cases of attempted murder in which two Matobo villagers were attacked by unknown assailants while on their way from Jabula Shops.

The assailants threw stones and stabbed the victims with a knife. Pindula News presents a police report on the case.

Police in Matobo are investigating two cases of attempted murder where two complainants aged 28 and 17 were stabbed with a knife at Gwangwazila Village Matobo on 15/11/21 at around 0030 hours.

The victims were coming from Jabula Shops when they were attacked with stones and took a chase before the assailants stabbed both victims on the back and stomach. One of the victims sustained a deep cut and his intestines protruded.

Pardon me for being off topic,but i want to warn the person using the name @YAHWE...Exodus 20 v7 "You shall not take the name of Jehovah(YAHWEE) your GOD in a worthless way,for Jehovah will not leave unpunished the one who takes up His name in a worthless way.

0030hrs not 0300hrs @Tsomo.You have to ask why the complainants were attacked. What have they done at the shops before they were attack. What was the motive of the assailants or assassins who attempted to end their lives.