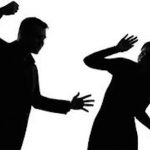 The province had 445 male inmates jailed for GBV this year alone while Manicaland Province has the lowest number of men jailed for related crimes, with just 25.

Mashonaland West Province came in second behind Manicaland, with 364 men jailed for GBV, followed by Bulawayo Province with 350.

In terms of females jailed for GBV, Mash East again tops the provinces with 11 inmates, with Mat North having the lowest number, just 1.

Mash West had 8 female perpetrators of GBV, Midlands had 7, Bulawayo had 6, Masvingo had three, while Mat South and Mash Central had 4 each.

In total, 49 women are serving prison terms for GBV-related crimes.

Please your stories before posting

The province had 445 male inmates jailed for GBV this year alone while Manicaland Province has the lowest number of men jailed for related crimes, with just 25.

Mashonaland West Province came in second behind Manicaland, with 364 men jailed for GBV, followed by Bulawayo Province with 350.

Good to see women are also getting convicted for Gender Based Violence however those numbers would have been higher than that because some men suffer in silence and some that get to report are become laughing stocks at Police Stations.

"Manicaland Province has the lowest number of men jailed for related crimes, with just 25. Mashonaland West Province came in second behind Manicaland, with 364 men jailed," you wrote?