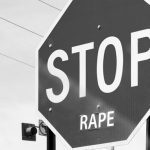 A 31-year-old Njube suburb man has been arrested for allegedly raping a 21-year-old deaf and dumb tenant residing at his place.

The accused arrived home around 0300 hours on December 5, 2021, complaining of a running stomach. He then went to the restroom and took his time returning, prompting his wife (32) to check on him.

When she opened the bedroom door that leads to the sitting room, she discovered her husband on top of the complainant, having sexual intercourse with her.

The accused’s wife then called the complainant’s uncle (56), who was sleeping in another bedroom, they tried to talk over the issue, but did not make a report immediately as they wanted to settle the matter on their own.

The complainant later made a report to the police on December 6, which was received with the guidance and assistance of a qualified sign language interpreter.

Inspector Ncube added that the complainant said the accused had unprotected sex with her, but she did not know how many times the accused raped her.

The complainant was referred to Mpilo Central Hospital for medical examination.

Ncube urged the public to report such cases in time so that victims can get medical treatment.

He is 31 and his wife is 32, ndipo panotangira nyaya yacho