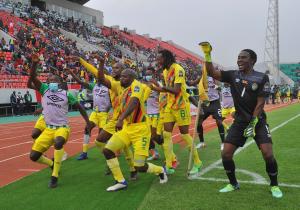 Former Warriors coach Norman Mapeza said that the players who were selected for the 2021 Africa Cup of Nations (AFCON) finals in Cameroon should be retained for the upcoming 2023 AFCON qualifiers.

The FC Platinum coach believes that while it is important to use the under-23 team as a feeder to the senior national team, players in their early thirties who are still performing should be retained. Said Mapeza:

My wish is for us to keep the same group of players together. If there are any additions to be done; definitely there’s going to be some changes to be done because someone who was in this (AFCON) tournament this January next year might be 30/32 years.

But I’m not really worried about the age because if the guy is still performing and looking okay why not give them an opportunity?

And also I think we need to pick from the Under 23’s and if they can train together now, maybe they can be then injected into the senior team.

After a year it is going to help us a lot because some of the guys (in the current side) are now ageing. If we look at the guys like Onismor (Bhasera, who is 36 years old), they have done their part.

And guys like (Gerald) Takwara, I was talking to him now, he is 27 so we need to start building again for the future tournaments.

Mapeza’s contract with the Zimbabwe Football Association (ZIFA) ended at the conclusion of Zimbabwe’s campaign at the Africa Cup of Nations in Cameroon last week.

Report Abuse
Stranger From the Forest 5 months ago

WE'RE SICK & TIRED OF SEEING THE SAME OLD GUYS GETTING SELECTED FOR NATIONAL DUTY. IT'S BETTER TO GO & SCOUT FOR PLAYERS IN SCHOOLS. THE OLD HORSES HAVE DONE THEIR PART & FAILED. WE WANT NEW BLOOD