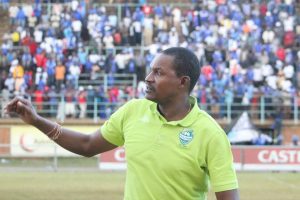 Norman Mapeza returned to FC Platinum on Thursday after a brief rest since returning from the Africa Cup of Nations (AFCON) finals last month.

Mapeza’s contract with the Zvishavane-based club expired at the end of December while he was with the national team and is yet to sign a new deal.

He returned to Zvishavane today (Thursday) after a short break since they returned from the AFCON finals that were being played in Cameroon.

At this point, speculation is rife regarding potential moves. I can’t comment about that, but at this point, I can confirm that the coach is in Zvishavane with his employers.

Now i think this is the right time ZIFA get into talks with Nomara.

May he be appointed Substantive Coach for the national team