Mapeza Focused On Building Warriors Team For The Future 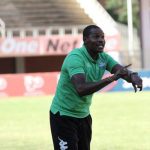 Warriors interim coach Norman Mapeza said the squad for the final FIFA 2022 World Cup qualifiers comprises both experienced and inexperienced players as well as locally-based players as he is already planning for next year’s Africa Cup of Nations (AFCON) finals and beyond.

Mapeza named 26 players in the squad to play away to South Africa on 11 November and at home against Ethiopia on 14 November.

It’s all about assessment and building a team for the AFCON tournament next year.

We need to restore our pride and make Warriors fans believe in our national team again. We also need to start building a team for the future.

That is why we have called in some local players, young players and some senior players for these last two World Cup qualifiers.

Below is the Warriors squad for the matches against South Africa and Ethiopia:

The challenge is he is an interim coach building a team for the future. There is no guarantee he will be there at AFCON. ZIFA changes coaches like underwear. Mapeza needs a substansive long term contract so he can actually BUILD a team

US$8.00 Chitungwiza
Tsivo 6 months ago

We're always "building for the future..." Zim football is in shambles.