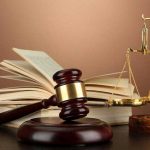 A 26-year-old man who went on a rampage killing seven people in the Stone Clare suburb of Redcliff last month has been declared mentally ill by doctors and unfit to stand trial.

Thubelihle Kheshow had been awaiting mental examination while in custody after being arrested for murder and rape.

She said he will receive treatment until he improves and possibly stand trial. Said Mugumba:

Kheshow has been found to have mental problems and has since been committed to Umlondolozi Mental Prison in Bulawayo for further management and treatment.

Two doctors examined him under the Mental Health Act and discovered that he is not well.

Kheshow is now a danger to society and therefore cannot be released. If he does not go on trial, a special verdict will be handed down by the High Court.

A special verdict can either grant one not guilty or guilty depending on the gravity of the matter.

Kheshow is facing murder, attempted murder and rape charges after he went on a rampage on 9 October and killed seven people and raped one of his victims.

He allegedly armed himself with three spears, a kitchen knife and an axe, and went on a killing spree.

Prior to the murders, Kheshow had acted violently while at home and was then taken by his aunt to an Apostolic Church shrine for prayers and deliverance.

While at the shrine, he became violent and began uprooting small trees and pushing stationary vehicles.

Congregants who were attending the night vigil managed to subdue him and tied him with a rope.

But while church members were still asleep in the early hours of the morning, Kheshow woke up, freed himself and drove home where he picked up weapons for the acts of murder.