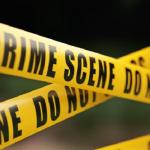 A 24-year-old Harare man who is accused of holding hostage a Westlea family before robbing them at gunpoint appeared in court.

Allegations are that on the 24th of December Changamire pounced on a Westlea home armed with a pistol.

The court heard that Changamire together with his accomplices who are still at large tied Wilson Mutongwizo and his wife using an electric cable.

It is also alleged that the gang then took the complainant’s five children; held them hostage and ransacked the house taking away cash and some valuables.

The accused person was arrested on December 30.

Meanwhile, statistics have indicated that 2021 witnessed a spike in the number of armed robbery cases with more than ten cases of armed robbers being reported nationwide in the past seven days alone.

The spike prompted Parliament to summon army chiefs to speak on the shootings happening countrywide.

There are still few good cops around. Awards should also go to worst cops per station category. There are officers who drink on duty, who only come to parade and return home or do person work during working hours,cops who take bribes,...the list is endless.

@Analyst thats a great idea my friend, the Gvt must award all officers who would have perfomed outstandingly

@Tkt you are welcome my friend. Thanks for the kind words!

Well done ZRP! Keep it up! Minister Kazembe and CG Matanga please come up with a monthly reward scheme for best officer and best team (for CSIs etc) at station, district, province and national levels. For Harare Traffic Control Section, let me set the ball rolling by nominating the most enthusiastic and indefatigable officer who usually controls traffic around the Prince Edward School vicinity. I also nominate Detective Zisengwe and his team (CSIs) from Bindura for their professionalism and prompt response to my distress call when armed robbers destroyed my property (from a few years back). Keep it up gentlemen! Members of the public could be cordially invited to nominate officers who would have served them best every month. In the same vein, worst cops could also be nominated by members of the public with the CG then notifying such ignoble nominees about said nominations.