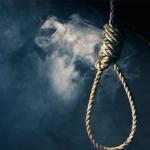 A 29-year-old man from Tsholotsho took his own life after his mother revealed to him that the man he knew as his dad was not his biological father.

The incident happened in Mafa Line in Tsholotsho in the Chief Gampu last week on Monday shortly after 5 pm.

B-Metro reported a source as saying Precious Ndebele (48) decided to divulge the long-standing secret that was gnawing her conscience on Monday.

She reportedly called her son, Nkosilathi, and revealed to him that Kenneth Ndebele was not his biological father. Said the source:

She sobbed before telling him that Kenneth Ndebele was not his biological father.

She told him that the issue had been tormenting her for quite a long time.

Nkosilathi failed to stomach the revelations and became depressed and took drugs to lessen the pain.

It is further claimed that Nkosilathi confided in his girlfriend, Sakhile Ncube (20) that he wanted to commit suicide because life was not worth living.

After two days Nkosilathi called his lover over the phone and told her that he had decided to commit suicide.

Sakhile tried to counsel him over the phone but he told her that he had made up his mind and there was no going back on his decision.

Sakhile reportedly rushed to Nkosilathi’s homestead and found the door of his bedroom hut locked.

She forcefully opened the door and found him hanging from the roof trusses.

The matter was reported at the Tshefunye police base in Tsholotsho and police officers attended the scene.

A magistrate waived a post-mortem as no foul play was suspected.