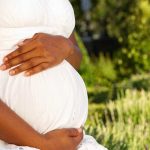 In July, three pregnant women at the hospital were sexually abused, a situation that has shocked the community with some suspecting that the heinous acts could be for ritual purposes.

The recent rape case happened at a time when the country is commemorating 16 Days of Activism Against Gender-Based Violence.

It is alleged that in the latest incident, three machete-wielding men were spotted entering the maternity ward where they threatened and raped the victims.

We had a meeting as the ministry, hospital officials and community members, and we came up with several measures that will ensure the safety of patients. We decided to increase the number of security personnel at the hospital.

There will be police officers patrolling the hospital during the night.  Each ward will now have a guard to protect patients. The windows will also be secured as well as the doors.

Chikodzore said the community had also formed a neighbourhood watch committee to guard the institution.

Maphisa is my hospital um using it even fo the little pains the hospital HV gt no fence wire government must step down n take action coz we r in danger..

MINISTRY OF HEALTH AND CHILD CARE OFFICIALS IN MATABELELAND SOUTH PROVINCE MUST BE ASKED TO EXPLAIN WHY SECURITY IS SO RELAXED AT THIS INSITUTION THAT THERE IS RAPE IN MATERNITY WARD EVERY 4 MONTHS. THAT IS UNACCEPTABLE.

WE ARE TOLD THAT THERE HAVE BEEN SEVERAL CASES OF HOUSEBREAKING AND THEFT WHICH HAVE OCCURRED AT THE HOSPITAL. BY THIS TIME SOME WOMEN ARE NOW AFRAID OF GOING TO DELIVER AT THIS HOSPITAL. THEY ARE NOW CHOOSING TO GO TO EITHER GWANDA, BULAWAYO OR PLUMTREE WHICH ARE TOO FAR.

PLEASE PUT IN PLACE TIGHT SECURITY AND AVOID THESE INCIDENTS.

US$8.00 Chitungwiza
Eddie 5 months ago