Macheso To Drop New Album On His 54th Birthday 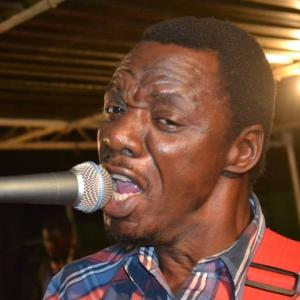 Musician Alick Macheso is set to release his 12th album on 10 June, which is his 54th birthday.

Speaking to H-Metro on Wednesday, Macheso said he wants to celebrate his birthday with his fans who have been waiting for four years for a new album. He said:

We have made the decision. The fans have been waiting for four years now.

The album will be out on June 10, which is my birthday.

Macheso’s manager Tich Makahamadze said they have started working on the logistics to ensure a successful event. Said Makahamadze:

The album is coming out on June 10 on his birthday. Like what mudhara (the boss) has said, we have made a decision.

Obviously, the wish is to have a big event where he would be able to meet fans since it coincides with his birthday.

But, we are not going to change even if new COVID-19 measures are to come up restricting gatherings. That then means we will have to launch it virtually.

Macheso has reunited with Noel Nyazanda and Zakaria Zacharia for the first time in 12 years as they worked together on the yet-to-be-named album.

The Orchestra Mberikwazvo leader has been playing snippets during his live shows with the duo.

US$0 Harare
DC 3 months ago

He did the last album with Nowero so I don't think it's a reunion with Macheso. He went back to the join the band around 2017. Zaka Zaka ndiye aita reunion.
I feel sorry for my fellow who dissed Sungura. My friend, live bands attracts a huge crowd unlike malip-singing pachiridzwa beat/rhythm. Sungura inemari, BaSharo vanetwunhu twavo

We thank u baSharo for the latest on your born day ,we love mdara munotigone .Hatikukanganwei till death .am happy you will release new message for us .