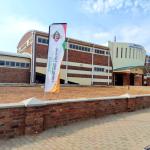 Lupane State University (LSU) students on Thursday staged a demonstration against poor service delivery after they were forced to go back home a week into the campus instead of the stipulated three months.

Authorities reportedly told the students drawn from various faculties to only report back at the campus for their examinations without attending physical lectures.

It is not clear why the university decided to send the students away. One student told NewsDay:

We are tired of the university making decisions that concern us without our views. The services they are providing to us are bad. We eat bad food, there is no WiFi on campus and we have not completed our course outline of more than three modules, yet we are told to write examinations without attending any lectures week.

We have taken this into our own hands and demonstrated to show them that we are not writing exams without learning. We are not going anywhere. We have the right to access education.

It is true that the students were protesting, but I don’t qualify that incident as a protest because there was no destruction of any property. The students communicated to us that they were not happy with the services we were providing to them.

Due to load-shedding, we once ended up giving them food which was not in a good state, particularly beef. It was because of our storage that the meat ended up going bad. But we have tried to install generators as a way of improving our storage. I assure them that nothing like that will happen again.

Dlamini said the institution was working on solving the students’ concerns including WiFi challenges. He added that the institution has spoken to lecturers to extend the time of students in school so that they cover the modules left out.

Please note that the part 4.2s that are supposed to leave campus during the weekend can relax comfortably on campus until the issue is resolved.

Last month, students refused to accept Kudakwashe Mnangagwa after the institution imposed him as the Student Representative Council president.