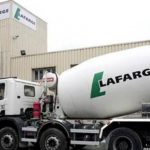 A Harare man is suing Zimbabwe Stock Exchange-listed cement manufacturing company, Lafarge Cement after the company decided to give him a tiny fraction of the number of bags of cement he bought three years ago.

Morgan Mhlanga paid for 1 200 bags of cement at Larfage in October 2018 and then did not claim them for two years, during which time the currency changed.

But before Lafarge could deliver his cement, Mhlanga told the Harare High Court that his wife wrote to the company on 23 January 2019, instructing them not to release the cement to their building contractors because his building project had been put on hold.

In a High Court filing this week, Mhlanga’s lawyers said:

The plaintiff could not accept nor collect the cement as this was not the quantity of cement that he had purchased from Lafarge and he immediately registered his disquiet.

The plaintiff has been protesting against this daylight robbery and has tried to engage Lafarge in discussions to reach an amicable settlement but the company has refused, failed and neglected to deliver the purchased product.

Mhlanga wants an order compelling Lafarge to release his 60 tonnes of cement within 48 hours of service, or alternatively refund his money.

Lafarge is yet to respond.

In February 2018, the Government abandoned the 1:1 dollar peg for its dollar-surrogate bond notes and electronic dollars, resulting in massive losses to creditors.

Resultantly, several disputes from the dollarisation era have spilt into court after individuals and companies failed to settle U.S. dollar-denominated transactions in the currency after they too lost out during the currency switch.