Landlord Steals Cash, Goods Worth US$190 000 From Tenant 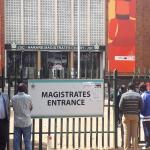 A Harare landlord, Kundai Muradzikwa, appeared in court for stealing US$32 000 cash and jewellery worth US$152 000 from a tenant.

Muradzikwa appeared before magistrate Dennis Mangosi charged with unlawful entry and was released on free bail after the court noted that he was coming from home and not police custody.

Prosecutor Anesu Chirenje told the court that on an unknown date, Muradzikwa allegedly seized keys from the tenant, Luminitsa Kimberly Jemwa’s maid and ordered her to vacate the place because her boss was delaying in paying rentals as well as electricity bills.

It is alleged that Muradzikwa unlawfully entered Jemwa’s house in her absence and stole money amounting to US$32 000, two watches and jewellery, all valued at US$152 000.

A report was made to the police, leading to Muradzikwa’s arrest.

The maid also filed a complaint against Borrowdale Police Station officers who allegedly released the accused after alleged interference by his mother, Grace Muradzikwa.

In her affidavit, the complainant said Muradzikwa’s mother bragged that she was a commissioner, threatening to report the officers to Police Commissioner-General Godwin Matanga if they did not release her
son.

The maid said the police then released the accused, fearing backlash from their bosses.

Grace is the Insurance and Pensions Commission, commissioner.

- you lost me the part you wrote that she had $150000 worth of jewellery ,Zimbabweans would rather buy a car..

US$0 Harare
Baba chanana 6 months ago

Ndadzvengwa nechirungu do mean police officer's decision was influenced by the mother of the accused just because is the commissioner and can report to Matanga so will justice take its course if it get compromised at preliminary stage like this just because someone is holding a high position in a public office. Uuuuummm